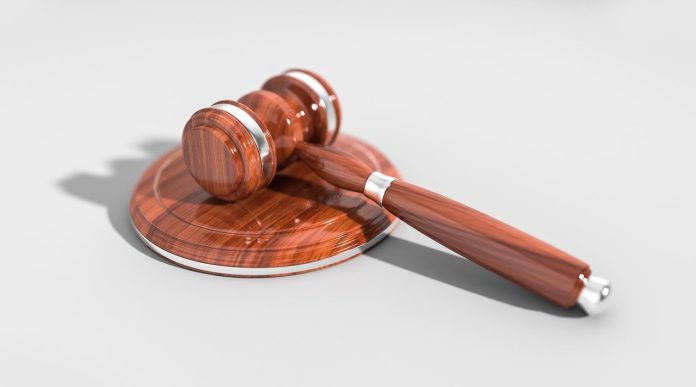 Entering 2022, we can already see a great range of cases that will be of interest to investors. With nuances in each case and topics ranging from the implications of arbitrary government behaviour to corporate misconduct to foreign investor protection under BITs, these cases ultimately share a common theme – that they will give the international investment community much to ponder and discuss.

Early in 2020, Adria Group filed arbitration proceedings with the ICSID against Croatia citing the Croatia-Netherlands BIT. The case stems from a dispute over the company’s direct and indirect majority ownership (amounting to 95.5%) of Agrokor Group, a food and retail conglomerate.

Adria Group alleges that in an act of “extraordinary administration”, the Croatian government took over and restructured Agrokor Group. According to Adria Group, they were coerced into transferring control to the government and suffered multi-billion-euro losses as their investment was confiscated on false grounds.

More will come to light as the arbitration proceedings develop over the course of the year.

This case came under the media spotlight again earlier this month, as UBS lost its challenge of a $500 million lawsuit brought against the bank by Kwok Ho Wan, an exiled Chinese billionaire better known as Guo Wengui.

Guo sued the UK branch of UBS last year, claiming that misstatements and negligent advice from UBS had led Guo and his company to make an investment tied to shares in the Chinese brokerage firm, Haitong Securities. This investment was almost completely lost when UBS London forced the sale of the Haitong shares in response to the Hong Kong stock market falling in July 2015.

UBS argued to have the case brought in Switzerland, where the bank is based, however the Commercial Court ultimately ruled that it had jurisdiction as the actions in question had occurred in London.

Guo previously attempted and failed to sue UBS in New York, but the case was dismissed in 2019 due to lack of jurisdictional grounds. Now finally allowed to proceed in London, the results of this case have been long awaited.

The German transport company, AHG, filed a claim against Iraq in 2020 based on the EU-Iraq Cooperation Agreement, stating that their investments in a cement factory in Kirkuk, through 51% share, were unjustifiably expropriated by the Iraqi government.

AHG originally acquired a licence in 2008 to rehabilitate and operate a cement plant but only three months after the licence was granted, the Iraqi government expressed frustration at delays in the works and subsequently withdrew the licence and began local litigation proceedings.

The local court ruled the government’s allegations to be unjustified, ordering an extension of AHG’s licence. However, AHG alleges Iraq failed to comply with the mandate, due to the arrest of several members of its staff in 2017 and the state’s expropriation of its 51% share in 2018.

Failing to reach a settlement, AHG has engaged with the ICSID to seek at least $1 billion in compensation, with the ruling due to be announced.

The Kuwaiti-based logistics company Agility raised a case against Iraq with International Centre for Settlement of Investment Disputes (ICSID) in 2017. The case concerns the expropriation of Agility’s $350 million shareholdings in Korek Telecom in 2014.

The original proceedings were based on Agility’s claims that Iraq’s Communication and Media Commission’s decision to annul its shares, and the Kurdistan Companies Registrar’s 2019 order to transfer these shares to local Iraqi shareholders without compensation to Agility was unlawful pursuant to the Iraq-Kuwait BIT and tainted by corruption.

The ICSID tribunal decision ruled against Agility, with Agility filing proceedings in 2021 to annul the decision. The annulment committee hearings are scheduled for November 2022.

Last month, a group of investors filed a lawsuit in the Netherlands against the French aircraft manufacturer Airbus, alleging company misconduct resulting in losses of at least €300 million.

In 2020, Airbus was found guilty of bribing government officials and key decision makers on airplane sales which boosted their profit by over $1 billion. The decision resulted Airbus paying settlements amounting to $4 billion to French, US and UK prosecutors that same year.

Now a group of approximately 130 investors, known as the Stichting Investor Loss Compensation claim they were misled into purchasing overpriced shares because Airbus withheld information about the aforementioned internal corruption and the subsequent settlement.

Little further information has been released about the case proceedings, but given the global and financial scale of the corruption extending 13 years prior to 2020, Stichting’s lawsuit may not be the only one to emerge against Airbus this year.

Vicat, a cement company based in France, brought arbitration proceedings against the Egyptian government in June 2021 under the France-Egypt BIT.

The company alleges they was forced to reduce its shares from 56% to 42% in its subsidiary, Sinai Cement, when the Egyptian military took control of the construction industry on the premise of addressing national security concerns.

The loss of their majority stake in Sinai Cement was also supposedly linked to a law issued in 2018 forbidding foreign ownership of lands in the Sinai Peninsula, therefore preventing Vicat from operating in the region.

After attempting to seek help from the French government, Vicat turned to the ICSID, with arbitration proceedings expected to continue this year.

In September 2018, the Estonian construction company AS Windoor filed a claim against Kazakhstan for breaching the Estonia-Kazakhstan BIT.

Windoor claims that Kazakh authorities obstructed the enforcement of an arbitral award they won in 2015 against a local company, Baltiiski Dom, for the latter’s failure to make payments. The state-owned company Diplomat Stroi Servis was ordered by the Stockholm Chamber of Commerce to pay Windoor €23 million, but to this day Windoor are still unable to collect the guarantee.

For two years after obtaining the award, Windoor pursued various legal and procedural avenues before eventually seeking international arbitration, the results of which are still pending.

Last December, there was a new development in the Wirecard accounting fraud scandal. Aleksandar V., the ex-managing director of IMS Capital Partners, a German investment fund, was the first person to be arrested in relation to the collapse of the electronic payments provider in 2020.

A former business associate of wanted ex-Wirecard executive Jan Marsalek, he has been charged with 26 counts of fraud, money laundering and accounting violations.

Prosecutors in Munich allege he participated in a scheme with Marsalek and Rami El Obeidi, the former head of the Libyan secret service, embezzling and laundering at least €22 million worth of Wirecard assets. In addition, the prosecutors claim he misappropriated at least €8 million of embezzled funds from Marsalek and El Obeidi.

This is a significant step forward in prosecuting the perpetrators of the Wirecard scandal, since allegations of accounting malpractices in the company have been reported since its conception in 1993, ultimately peaking in 2019 and culminating in its downfall in mid-2020.

Drivers who kill could face life behind bars under new laws

Drivers who kill could face life behind bars under new laws